This past week, Codie and I FINALLY made it out to Universal Studios to check out the Wizarding World of Harry Potter, and here are some highlights from the trip.

Walking into the park, you’re taken straight to Hogsmeade, and all the majesty of the Wizarding World. 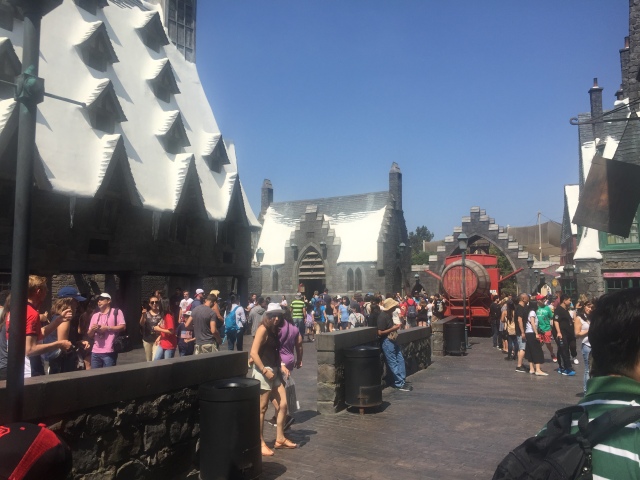 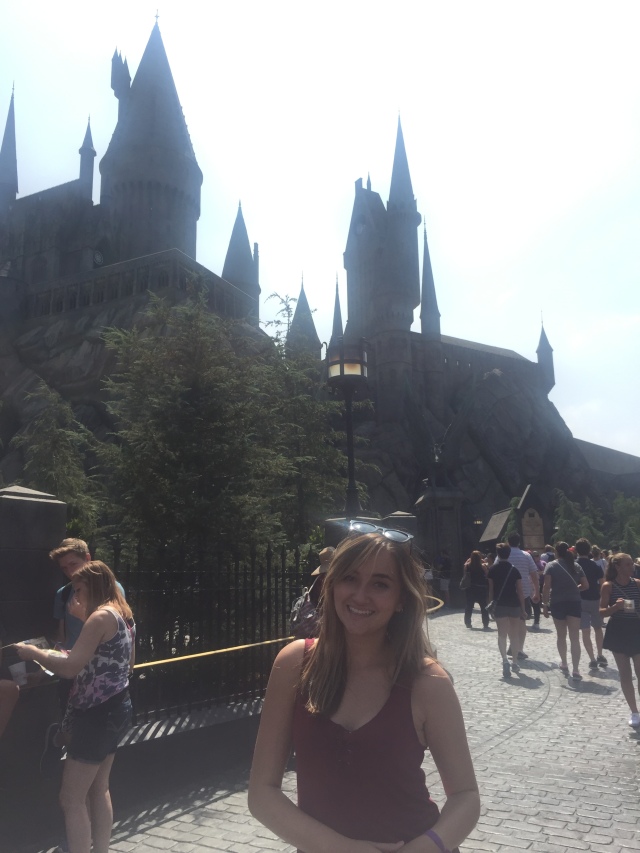 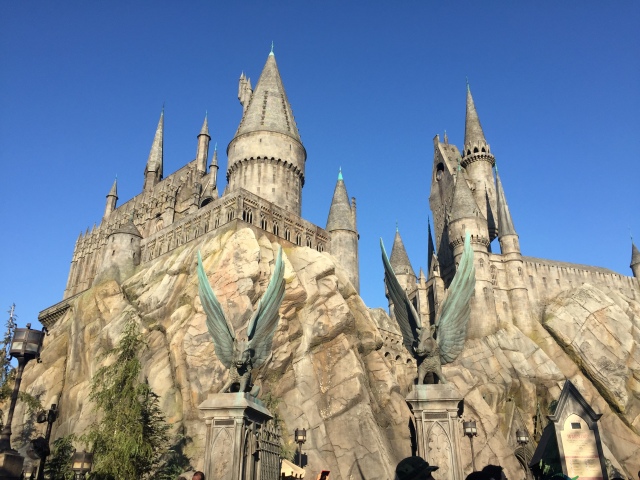 Codie and I were both surprised at how absolutely gigantic Hogwarts Castle was. I knew we were able to see it from the freeway, but being that close to the castle put the massive size into perspective.

We got to watch a wand-choosing demonstration (though I didn’t get chosen, because they chose two little kids. boo.) It was so cool! Every part of me wanted to buy one of those interactive wands and cast spells around the park, but alas, I couldn’t do it.

Flight of the Hippogriff

There are two major attractions within the Harry Potter park, one of them being Flight of the Hippogriff.  The wait was about half an hour for a 30 second ride.  Don’t get me wrong, it was fun, and we didn’t wait too long comparatively, but honestly? The only let down of the whole day.

Harry Potter and the Forbidden Journey 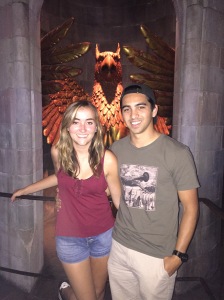 I didn’t take any pictures inside the Forbidden Journey ride, because it was too dark and I try not to be one of those obnoxious people who keeps their flash on, but it was AMAZING! The castle was decorated down to every last detail, from Dumbledore’s office, to the classroom, and all the moving pictures and hallways, it was beyond words how utterly cool it was walking through all these scenes that I’ve seen in movies and imagined through the books.

Butterbeer and the Three Broomsticks

Butterbeer!!!! It was so good! I asked the cashier whether she recommended frozen or liquid, and she did not hesitate before recommending the frozen, and it was delicious!

We ate at fish and chips at the Three Broomsticks and they kept amazingly well to the theme and it was so cute seeing all the kids sitting around trying to cast spells with their wands.

This trip to Universal Studios was a great way to end the summer, and I can’t wait to go back and see what else there is to discover at the Wizarding World of Harry Potter.

One thought on “The Wizarding World of Harry Potter”